I gave a talk here recently about black holes and “singularities within the framework of general relativity.”

No, not because I used to work as a science writer. I was just reading aloud a passage about Stephen Hawking, the famous British physicist, that appears in Moldova’s national textbook for eighth-grade English classes. 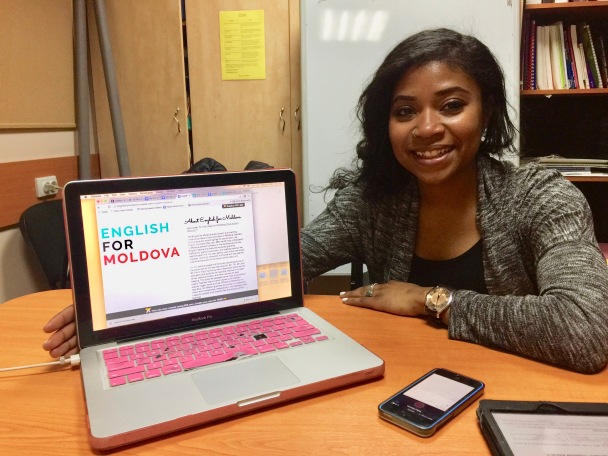 A fellow Peace Corps volunteer, Michelle McNeary, recorded me, as she’s recorded more than 20 other volunteers and, by long distance, her father reciting all 99 passages in this nation’s textbooks for grades five through nine. That’s Michelle in the top photo. She’s compiled the readings on a website called English for Moldova. It’s a great new resource for local students trying to improve their listening comprehension and pronunciation skills.

“The site features a huge variety of American voices and pronunciation,” says Michelle, an English education volunteer from California. 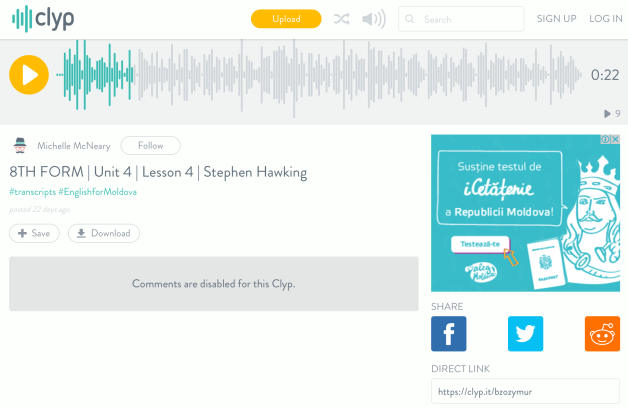 Peace Corps volunteers have been teaching English ever since they came to Moldova in 1993. Michelle and other English teachers, including Champa, work daily alongside local teachers. Many of the volunteers in the three other Peace Corps programs here — health education, small business and community development — teach English informally through clubs and community classes. I teach two groups myself, as well as a weekly computer club for teenagers.

Two previous volunteers, Tim Schneider and Sarah Ewell, worked with the Ministry of Education to rewrite the country’s English textbooks a few years ago. They also tried to produce accompanying audio recordings but weren’t able to finish that part of the project. 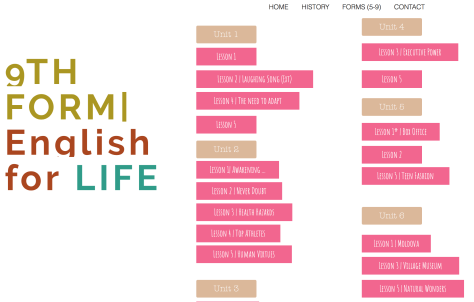 Michelle stepped into the gap initially to help a Moldovan partner teacher who’d been foregoing listening exercises with her students because she had no way for them to hear the sentences spoken correctly. Michelle developed a friendlier website structure and added features such as audio downloading. As a result, teachers and students can now go to the site or use their own device, click and listen easily while they read along.

“Part of our role here as English educators is to create resources that teachers and students can use,” Michelle says. “This project shows how much we want to provide assistance in whatever way we can.” The project has been a “highlight” of her service, she says, “and not one person hesitated when I asked them to read for it.”

Michelle, who graduated from the University of California, Riverside, will complete her Peace Corps tour this summer and return to her graduate studies at the Middlebury Institute of International Studies in Monterrey. I’m pretty sure she won’t be studying cosmology or quantum gravity there. I’ve already covered that for her.