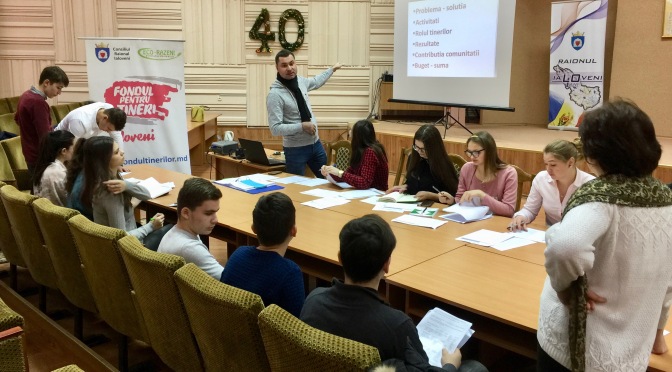 Did Confucius ever submit a grant proposal? 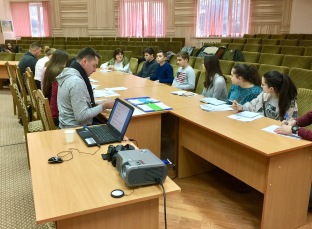 If he were living in today’s world, though, Confucius might have said: Give money to people and you help them for a short time. Teach them to write grants and they can keep going for years. (Or something like that.)

Grant writing has become an essential skill for public institutions and nonprofit organizations here in Moldova. 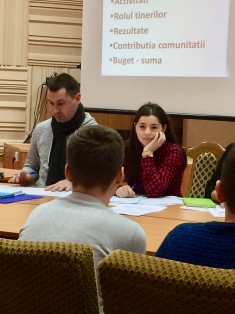 With salaries and budgets that are tiny by American standards, they look to external sources for additional support, especially for projects. Potential funders range from USAID and other agencies affiliated with foreign governments to international NGOs, local embassies and others. Civic.md compiles many of their initiatives.

On Monday evening, our Ialoveni library learned its robotics team was among the winners in the latest round of a small grant competition for local youth that also provides valuable experience for the young reviewers. The Ialoveni team will  receive 5,500 lei, or a bit more than $330, to buy the supplies it needs to continue participating in national robotics competitions and perhaps to also organize a small local competition. 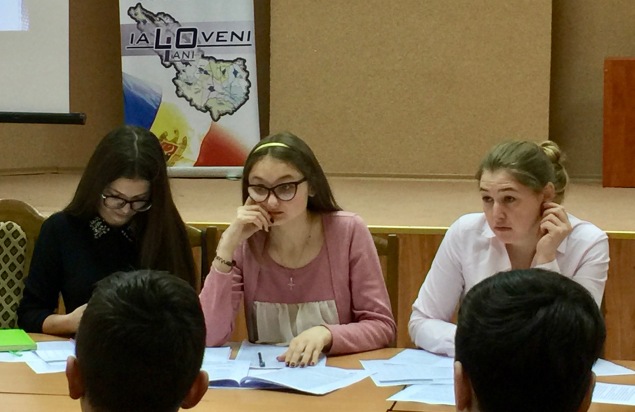 My library partner, Lidia Rusu, in the white sweater below, has gained a lot of experience writing grants over the past several years. She’s also received training from Novateca on other forms of fund-raising and advocacy, doing so well that Novateca recruited her to train librarians elsewhere. I was impressed as she worked with several boys on our robotics team to prepare this latest proposal. We discussed it but they did almost all of the work themselves, including the budget and narrative sections. They also presented it effectively to the review committee you see here at Ialoveni’s Consiliul Raional, or county government. 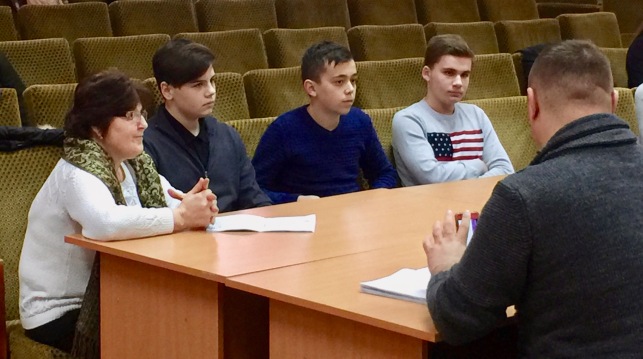 The new grant isn’t a lot of money, but it’s enough to keep the library’s robotics program moving forward. Equally important, both Lidia and the boys honed their grant preparation skills and received positive feedback that will encourage them to pursue more grants in the future. Next time they may reel in some bigger fish.

One thought on “Grant Fishing”

Rafting along West Virginia’s New River with friends Karen and Bob.
Almost heaven, West Virginia.
Our favorite picnic of the year, even when it’s raining. 🇲🇩🇳🇵🇺🇸
Getting ready for Halloween.
North Carolina Peace Corps night with the Durham Bulls. A beautiful Saturday evening, snacks, fireworks … and the Bulls won!
They’re a little bigger now than they were as kids.