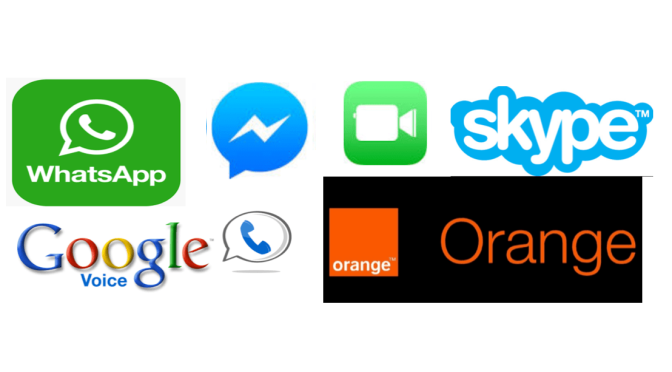 My head spins sometimes when I try to remember the best way to call someone while I’m serving as a Peace Corps Volunteer in Eastern Europe. My older son back home uses Skype. His wife and my older sister prefer Facebook Messenger. My other son and his wife use FaceTime, as does my younger sister. Our nieces in England like Viber. We also speak with our nephew who recently finished his medical studies in China, where he used WeChat.

Here in Moldova, I can call a friend’s number with my cell phone but they may respond faster to a text, unless of course they prefer to receive a message via Facebook or WhatsApp.

Most of my fellow Peace Corps Volunteers use Facebook, but some don’t, even before the recent controversy about Facebook’s handling of confidential data. For them, I generally need to call with my cell phone or send a text or e-mail message.

Most of my Moldovan friends still prefer telephone calls to electronic messages, although that’s changing, too, especially with younger people. This was a problem for me when I first got here, since I couldn’t understand or speak Romanian well enough to have a conversation. Now I’ve begun using the telephone, too.

Peace Corps gave me a local SIM card for my iPhone when I arrived here, and it pays for a monthly plan that includes a generous amount of free calling minutes and Internet access. I supplement the latter with a portabler router and wireless plan I purchased from Orange, the big local telecommunications company.

PCVs who didn’t bring a phone received one from Peace Corps, together with a SIM card. When I travel outside Moldova, I add extra money to my phone account and activate its international roaming feature, for prices far below what companies charge back home.

It’s great to have all of these communications options, particularly since so many of them are free or cheap, but remembering everyone’s preferences reminds me of planning a dinner party where one guest is a vegetarian, another is lactose intolerant and another doesn’t eat gluten. Who can keep track of it all?

Communications were much simpler when I served as a Peace Corps Volunteer in Nepal four decades ago. Back then, I didn’t call home at all during my two years abroad. Not once. If I’d wanted to call the United States, I would have had to ride my bicycle to an office near the Kathmandu stadium and pay an exhorbitant fee to sit in a booth and hope they could make a connection.

I never bothered with it. Neither did most of my PCV friends. We mailed letters instead.

I just learned from an online thread with some Peace Corps Moldova friends that I can now call the United States on Skype for two cents a minute, or with Yolla for less than a penny per minute or connect to a U.S. number for free with Google Hangouts Dialer. Of course, Messenger and FaceTime are still free, assuming I have a wireless connection. I also have plenty of minutes left on my telephone account this month.

I may need to call my son and ask for his advice.