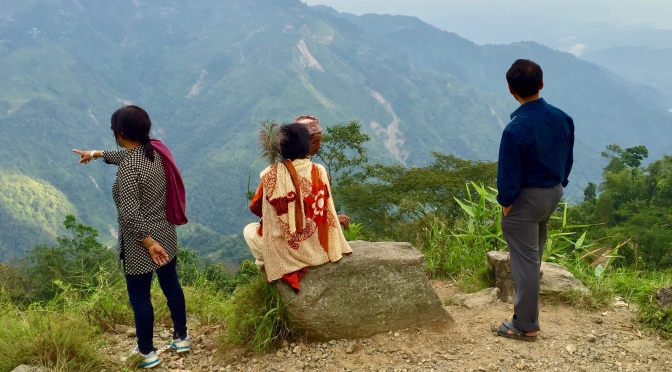 When your neighbor appears wealthier than you, it affects how you view your own life. I’ve seen this in both of the countries where I’ve served as a Peace Corps Volunteer, in how Nepalis view India and how Moldovans view Romania.

Most Americans probably view India and Romania as developing economies, which they are relative to ours. But in Nepal, India is the wealthier neighbor next door, as is China to the north. In Moldova, which was once part of Romania, many people look admiringly at their western neighbor’s economy, which has prospered since joining the European Union in 2007. This is especially true in our home city of Ialoveni, which has strong cultural ties with Romania. In some other parts of Moldova, the outward focus is more on Russia, whose economy is also much wealthier. 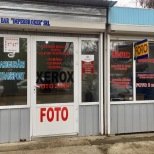 Many Moldovans are eligible for dual citizenship with Romania. If they can obtain a Romanian passport, they can work in EU countries. Every day, they line up outside the Romanian Embassy, which is located down the block from the Peace Corps office. In between are passport photo shops, travel companies and employment agencies.

The three high school students who were on my Diamond Challenge entrepreneurship team last year are all studying now at universities in Romania. Several of the girls on my current team may study in Romania, too. A young man from Ialoveni who I tutored in English is now there as well, as are people from across Moldova. Many others are in Italy, Germany, France and other Western countries, as well as in Russia and other countries to the East.

It all reminds me of what I’ve seen in Nepal, where India is a larger, wealthier and more powerful neighbor — and one much more accessible than China for most Nepalis. A large percentage of Nepal’s adult population has left to work across the border or elsewhere, especially in the Gulf, although there are also Indians who come to work in Nepal.

When Champa and I visited Nepal before we came to Moldova, we spent several days at her sister’s home in a small village near the Indian border. In the evening, we could look across the river into India and see homes whose brighter lights contrasted with those on our side, where electricity was weak and  irregular. We often had to use candles and flashlights. So did the family next door, which had a television and other nice things purchased by their son who worked abroad.

Here in Moldova, many of my colleagues at the library earn a bit more than $100 per month. Monthly pensions for retirees are far lower. Highly-educated employees at the local county government earn only a few hundred dollars per month. No wonder some Moldovans look lookingly at their counterparts in Romania, whose GDP per capita in 2016 was $9,474 compared to $1,900 for Moldova, according to the World Bank. (For the United States, it was $57,467.)

All I can say is that what I’ve seen here in Moldova feels familiar to me, as does the irony that the same Romanians whose economic situation seems better may aspire themselves to get a green card to live and work in the United States. Likewise for people from India and other countries whose economies look impressive to their poorer neighbors but remain behind our own and, of course, include wide disparities in income and opportunity.

It’s all relative, and we’re not immune from these comparisons ourselves. When Champa and I flew home from Nepal last time, we stopped for several hours in the oil-rich Gulf state of Qatar, whose Doha airport felt like a palace compared to many of ours in the United States. I was impressed, if not a little jealous, even though I was glad to leave and continue home.

Our sense of other people and places begins with our own lives. Wealth, like beauty, is in the eye of the beholder.