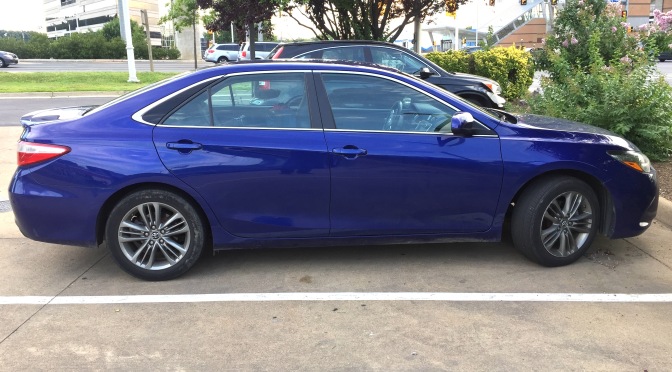 We rented a car during our recent trip home but not through a conventional car-rental company like Hertz, Avis or Budget. 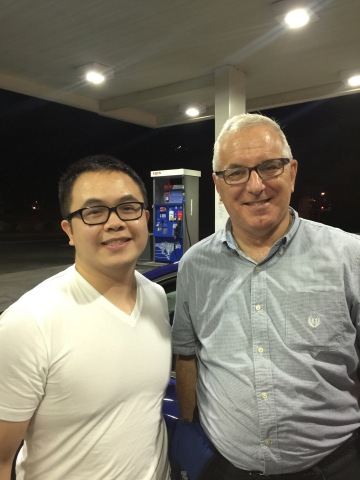 Instead, we rented our blue Toyota Camry through a new online company called Turo, which is like an Airbnb for car rentals. It cost us about half of what we would have spent otherwise, including the cost of the insurance. We interacted mainly with the car’s owner — Kim Dinh, shown here — instead of waiting in line at a rental car counter for an overworked agent to upsell me and ask me to write my initials on forms.

I’d planned to rent a car the usual way and was looking forward to it since we are not allowed to drive “in country” while serving as Peace Corps volunteers. Months before we left for our vacation back home, I began checking prices on travel websites and with the rental car companies. We wanted a mid-sized car since we would have several suitcases. We’d begin and end our trip at Dulles Airport near Washington, D.C., where we flew from Moldova on Turkish Airlines.

The sites didn’t vary much in their offerings and prices. They also were consistent in failing to provide clear information about what it would cost to buy complete insurance coverage, including liability. Champa and I no longer have a personal auto insurance policy to cover our car rentals, since we got rid of our cars when we joined the Peace Corps.

The car rental companies were generally opaque about what they’d charge for different kinds of insurance at Dulles, and what the policies covered. It seemed like they wanted me to make this decision at the counter, when I was hurrying to get my car and unlikely to read the fine print, especially if people were waiting behind me.

As I studied this online, I came across an article describing new companies trying to bring the “sharing economy” to the rental car market. Just as Uber and Lyft have emerged to challenge the traditional taxi industry, so are companies such as Turo, GetAround and FlightCar providing peer-to-peer options for car rentals. 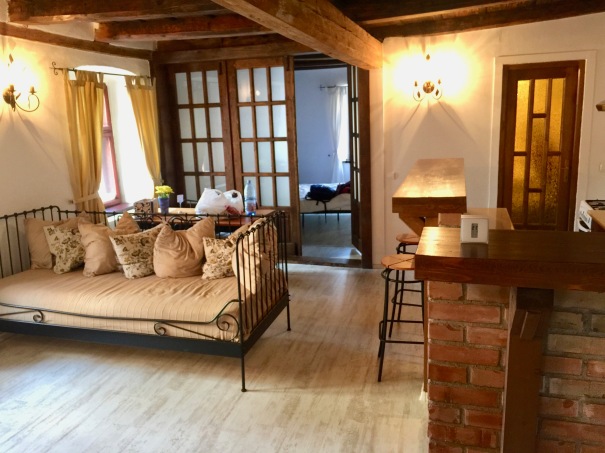 I might have considered this approach too risky or exotic. However, our experience with Airbnb made us comfortable with it. For instance, we stayed in the lovely Airbnb apartment shown above in the historic city of Sibiu during our trip to Transylvania this past April. It had two bedrooms — one for us, one for our guide — and cost less than a single hotel room. We also used a ride-sharing service, Bla Bla Car, to travel from Ialoveni to Transylvania, and had a great experience with that, too.

After reading several favorable articles about Turo, I visited its website and found lots of cars we could rent at Dulles Airport, everything from a Chevy or a Honda Civic to a BMW or a Porsche. I could have even rented a Tesla, a Bentley or, for a mere $899 per day, a Lamborghini Gallardo. (I don’t think the latter includes a Peace Corps sticker.) There was also a clear description of the insurance options offered through Liberty Mutual.

We chose the Camry and the most extensive insurance coverage. Once we reserved this with our credit card, Turo put us in touch with Kim-Dinh, with whom we then worked directly. When we arrived at Dulles, I called Kim-Dinh after we picked up our bags, and he arrived at the terminal curbside a few minutes later. He drove us to a nearby gas station, topped off the tank and inspected the car with me, posting photos to the Turo site. He also lent me his EZPass so I could pay tolls automatically and a magnet to attach my iPhone to his dashboard, so I could see GPS directions more easily. I reimbursed him for the tolls later. 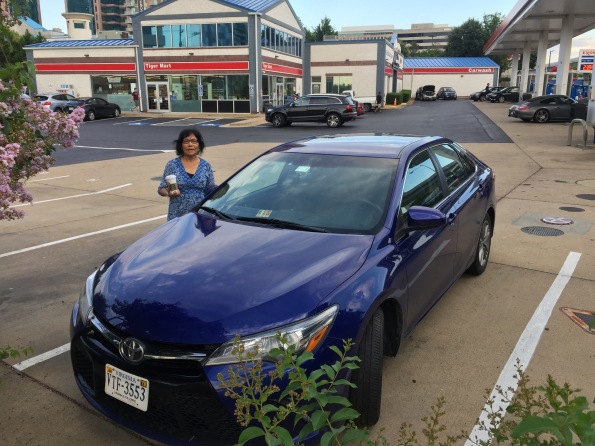 When we returned at the end of our trip, Kim-Dinh was out of town, so his friend met us at a gas station near a Metro station, shown here. He inspected the car and then gave us a lift to the aiport.

I can’t speak about this service generally or how Turo compares with its competitiors, and I don’t intend this post as an endorsement. However, now that I am back in Moldova, I expect I will recall our experience fondly the next time I am riding a crowded minibus.