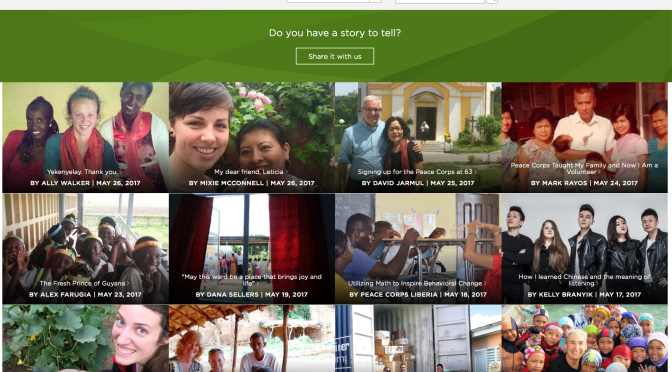 Many of my fellow Peace Corps Volunteers in Moldova have inspiring stories to share. 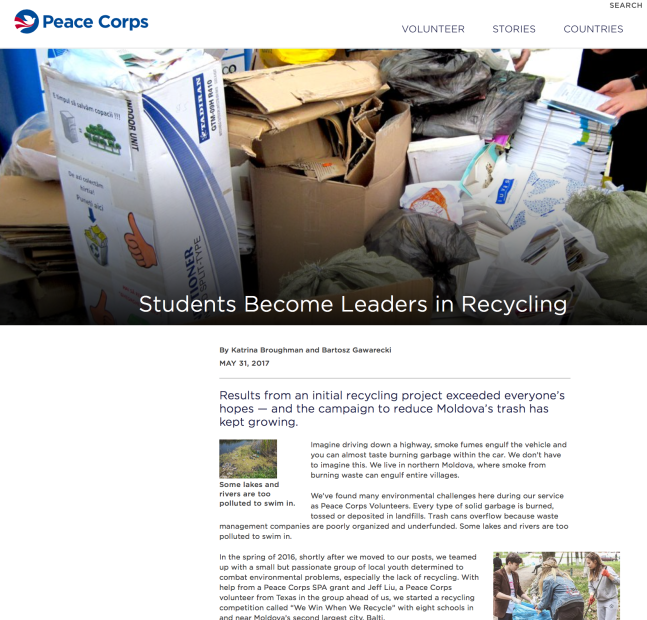 Anne Reid, a former dancer and choreographer from Harlem, launched an African dance class at her local library, leading to other worthwhile projects in her community.

Chrystal Wilson joined with other volunteers to bring young people and others together to talk about sexual assault and harassment, calling attention to the problem of “blaming the victim” when women suffer abuse. 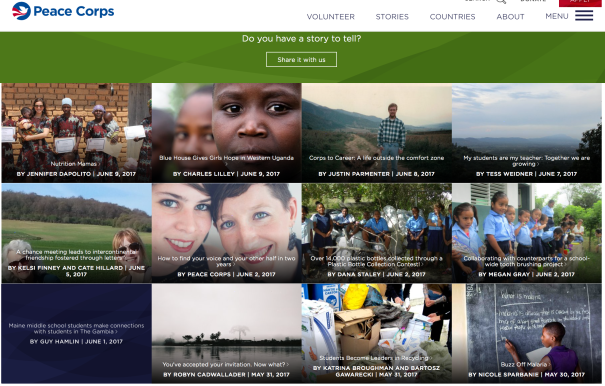 Their stories and others have appeared recently on Peace Corps Stories, which highlights the experiences of volunteers worldwide, from an innovative malaria project in Rwanda to an older American who followed in her daughter’s footsteps and became a volunteer herself as an English teacher in Indonesia. I’ve been helping some of my colleagues here to put their stories into words.

For many years, the Peace Corps communications office in Wahington took the lead in reviewing and editing all of these articles, which volunteers submit from more than 60 countries. Volunteers in Moldova have been among the contributors. “HQ” recently arranged for individual country programs to edit and post articles on their own, to appear on their sections of the site — “Moldova Stories,” “Nepal Stories” and so forth. HQ still edits some articles directly but now also oversees the “local articles” and picks some of the best to feature internationally. 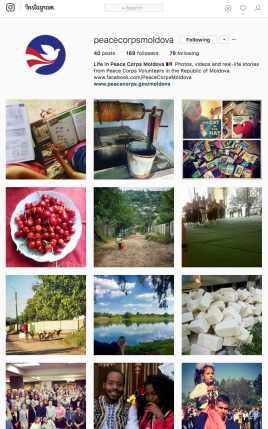 My country director asked me earlier this year whether I might want to assist with this editing and other communications initiatives for Peace Corps Moldova, as a secondary project to complement my primary job. I’ve been happy to help, working most closely with Liuba Chitaev on the staff, pictured here. 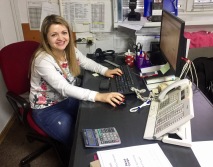 Together we helped launch a new Peace Corps Moldova Instagram site and Super Moldovans on Facebook. Earlier this month, Liuba and I gave the first-ever presentation on communications for the newest group of trainees.

Volunteers here are doing other kinds of outreach as well, from blogs and videos to projects such as Jessica Randall describing in 100 Instagram posts and on Peace Corps Stories what she likes about Moldova. Clary Estes has been documenting the stories of Moldovans deported during the Stalinist era. Mark Gilchrist has produced a series of newsletters in English, Romanian and Russian. 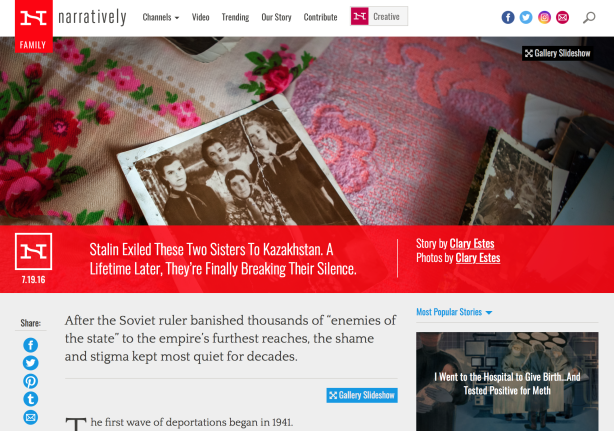 Our new projects complement these and other communications efforts, advancing the Peace Corps goals of sharing our American culture with others and expanding understanding among Americans about life in other parts of the world.

I’ve written some “Peace Corps Stories” myself but, just like back home, I enjoy editing as much as writing, especially when I’m working with someone who has a great story but just needs a little nudge, tweak or feedback. There are many more volunteers here with great stories of their own. I hope we’re just getting started.