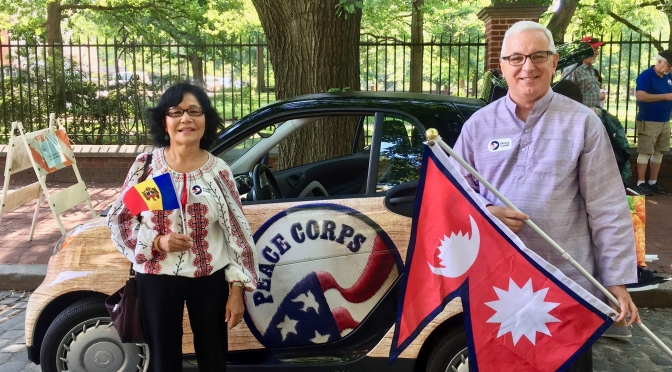 Champa is part of an exclusive group: She was taught and inspired by Peace Corps Volunteers long before growing up to become one herself. Among the more than 230,000 Americans who have served since 1961, she has a special perspective on how volunteers can touch lives.

Her identity as a Nepalese-American has made her service — and mine — much richer. On Friday, for instance, we hosted a dinner party for some Moldovan friends, serving them Nepali curries and rice with an American chocolate chip cake and ice cream for dessert. We’ve also made Nepali food several times for our host family, shown below saying “namaste.”

Champa especially remembers two volunteers, Susan Gibson and Janet Moss, who taught at her school in Ilam, the town in eastern Nepal where much of her family still lives. Another mentor was Dorothee Goldman, a PCV who befriended Champa at a training workshop after Champa became a teacher herself. Susan, Janet and Dorothee all taught Champa new skills and encouraged her to keep moving forward, helping her become the excellent teacher I encountered when I was posted as a volunteer to Ilam a few years later.

After Champa and I got married and moved to the Washington, D.C., area to start our lives together, Dorothee reappeared in Champa’s life. The two of us were invited to a reception at the Nepalese embassy. We were dressed up and chatting politely with people when I noticed Champa staring at a young woman across the room. She went up to her and said, “Dorothee, what are you doing here?” Dorothee gasped and replied, “What am I doing here? Champa, what are you doing here?” The two of them embraced tightly, introductions followed and Dorothee and her husband, Mel, who also served in Nepal, became our dear friends. That’s them in the photo below, at their vineyard in upstate New York.

With almost everyone in Moldova, Champa is the first person from Nepal they’ve ever met. Only a handful of other people from Nepal live here, one of whom married a Moldovan woman and now runs a restaurant, Himalayan Kitchen, that has become popular among PCVs looking for a change from the food served by their host families. The photos below show why they keep coming back.

Moldovans know almost nothing about Nepal but, then again, neither do most Americans. As people here have gotten to know Champa, they’ve asked about how she grew up, how Nepal compares to Moldova or whether she can see Mount Everest from her house. (Answer: No.) 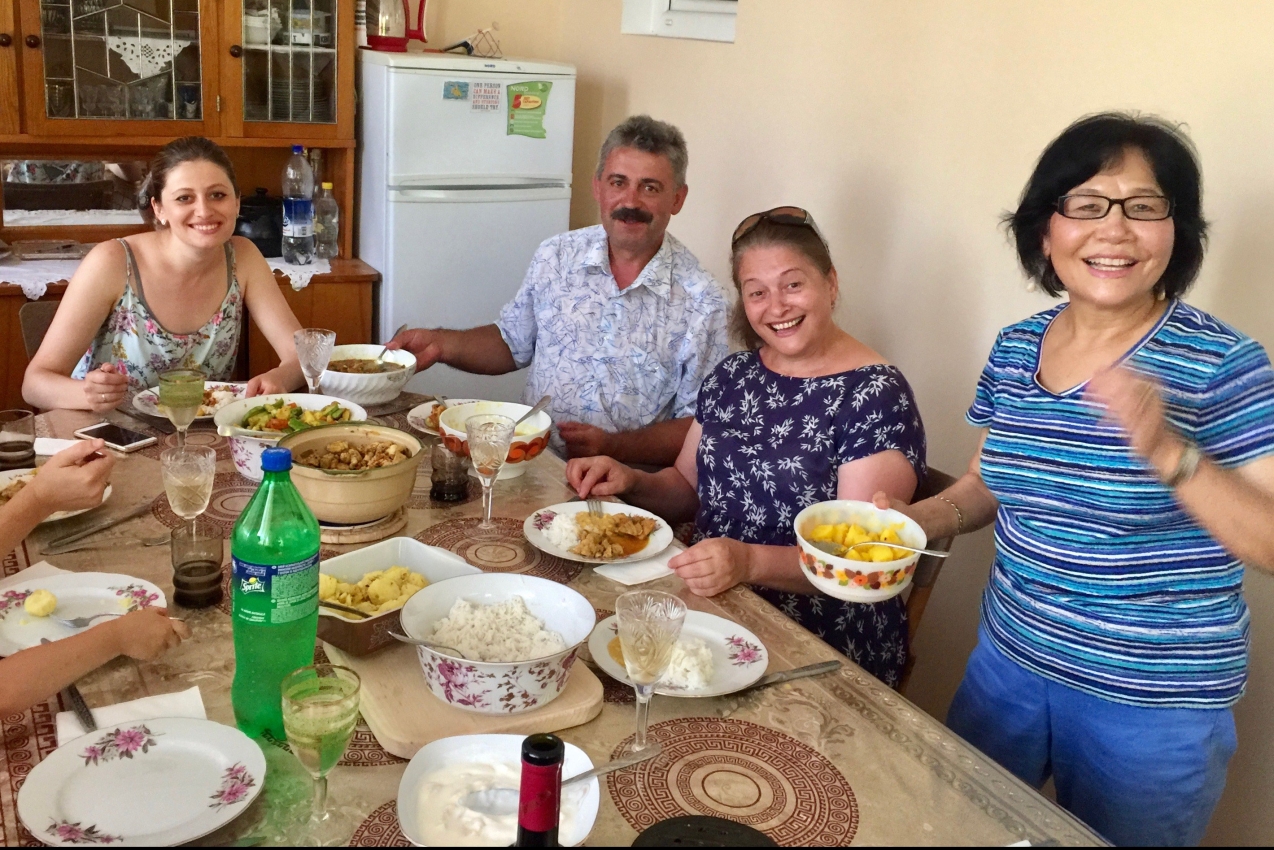 If we serve them Nepali food, we make it mild and they generally like it — although not always. We bought most of our spices, and the chocolate chips and brown sugar, when we visited home last summer. One of our guests on Friday was surprised we didn’t serve bread, a staple of every meal here. We hadn’t included chapatis, naan or puris on our menu, just rice.

Champa and I gave the Ganesh statue you see here to our host family and a few other local friends. He’s a symbol of good fortune with new ventures. We also brought some other Nepalese handicrafts, which have made great gifts.

The two of us are obviously foreigners but our unusual marriage has made us stand out even more in Moldova. “Diversity” here means someone is from, say, Ukraine instead of Moldova, or primarily speaks Russian instead of Romanian. There is a small Roma population but almost no people of African, Asian or Hispanic heritage. Moldovans are familiar with American diversity, such as from our music videos, but Champa and I are the first interracial couple many have ever seen, much less gotten to know. We’ve been aware from the beginning that our very presence would be as impactful in some ways as our teaching or projects.

Peace Corps has come full circle for Champa, who remains grateful to Susan, Janet and Dorothee for helping to change the path of her life. As she now prepares to return to her adopted homeland, she’s hoping she may have done the same with someone here.