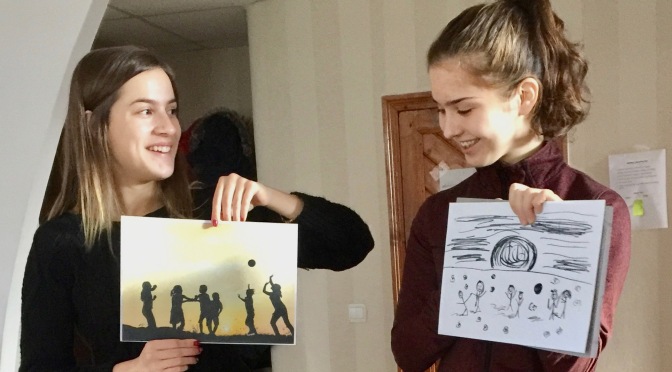 If foreign tourists only visited New York City, they wouldn’t understand upstate New York, much less the rest of the country. Likewise if they visited my home town of Durham but skipped the rest of North Carolina. 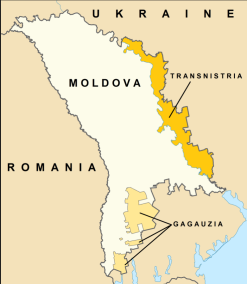 The same is true here in Moldova, even though the whole country is only slightly larger than Maryland. This past weekend, Champa and I were reminded of this when we visited Comrat, a small city that is the capital of Moldova’s autonomous region of Gagauzia. 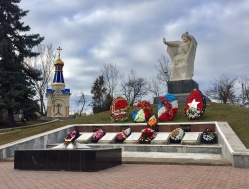 Comrat has notable red wines and a lovely church, but it’s best known in Moldova as the home of the Gagauz people, an Orthodox Christian ethnic minority that left Bulgaria years ago to escape persecution from the Ottoman Empire. Almost all Gagauz people speak Russian instead of Romanian and they have no interest in Moldova reuniting with Romania, which is a popular idea in our part of the country. 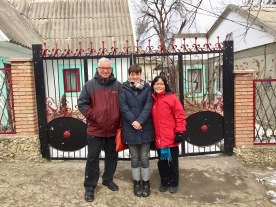 To the contrary, many have unhappy memories of Romanian rule.

When I served previously as a Peace Corps Volunteer in Nepal, it took me nearly a year until my American eyes adjusted enough to notice the different facial features of people in various ethnic groups. Here in Moldova, where we are well into our second year, I was struck by how Gagauz faces showed similarities with the Balkans, in ways I don’t usually see in Ialoveni. 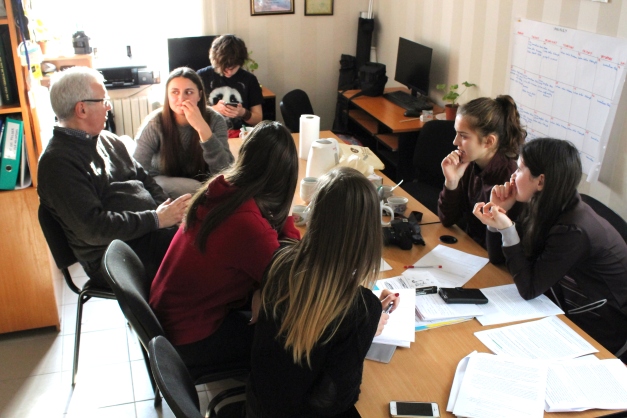 We traveled to Comrat by bus so I could help teach a journalism class led by Haley, a member of my Peace Corps group who is working with Miras Moldova, an NGO that advances Gagauz culture. At her request, I discussed my career as a journalist and communicator, and we then worked together with the students to review projects they have been developing on topics such as Gagauz cuisine and traditional medical practices. 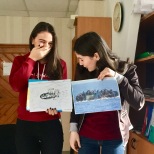 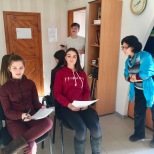 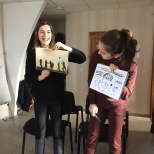 Haley and her partner Anna Celac also organized fun activities such as the one you see above, which challenged one student to draw a copy of a picture, guided only by verbal cues from her partner instead of seeing the original. The students also asked Champa to teach them some Nepali, as you can see in the video clip below (also on YouTube.) 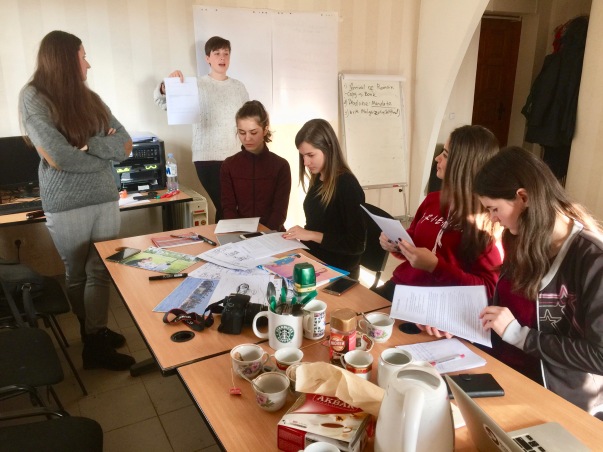 Two other Peace Corps Volunteers in Comrat joined us, Haley and Anna for dinner at Haley’s house, where we spent the night. Haley cooked a fabulous meal and we loved meeting her host mother, a Gagauz journalist herself who remains active well into her 70s.

All in all, it was a short but fascinating reminder that even a small country can have big internal differences, in this case not “red states” vs. “blue states” but “bună ziua” vs. “Здравствуйте.”