I yearned for Duke’s famous basketball coach when I took the #9 bus to the Moldova Peace Corps office on Friday.

Finally, at a street named for a Moldavian historian, Grigore Ureche, I reached the Peace Corps, which is named for … well, nobody. Here in Moldova they might have called it “Peace Corps John F. Kennedy” or “Peace Corps Sargent Shriver.”

Moldovans are passionate about naming streets and institutions after prominent people, especially writers and political figures. The central street in Chișinau, the capital, is named for the beloved king Ștefan cel Mare și Sfânt, or “Steven the Great and Holy.”

Other large streets in the city honor everyone from Orthodox church leaders to Yuri Gagarin, the first man in space. There are also streets named for famous dates, like “31 August 1989,” when Moldova adopted Romanian as its official language. 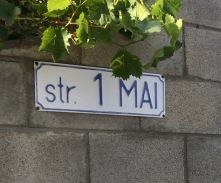 In Ialoveni, where we currently live, we have adjacent streets named after famous dates in May, as well as many streets and buildings named for people. The library, where I work, and one of the two main schools are named for Petre Ștefănucă, a Bessarabian sociologist who died in a Russian gulag. The other main school, where Champa works, is named after Andrei Vartic, a writer and physicist. 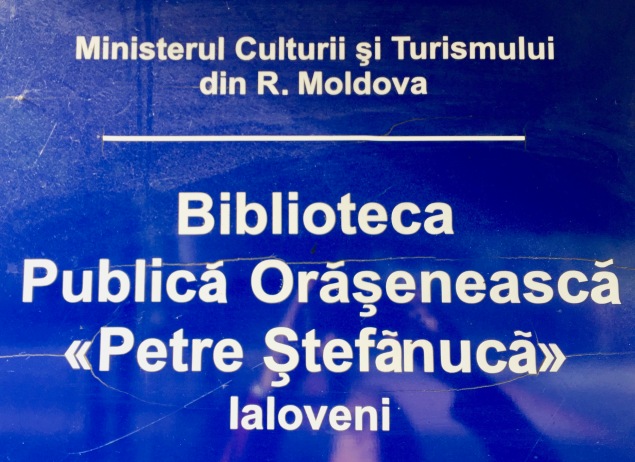 Seeing all of these names has been a learning experience for me. I grew up near New York City, which has a systematic grid of streets and avenues with numbers. Many other U.S. cities have numbered streets as well. For many years, Champa and I lived near Washington, D.C., where many streets are named after U.S. states. In Durham, our home now back in the States, our subdivision has streets named after trees; ours is Pine Bark Trail. 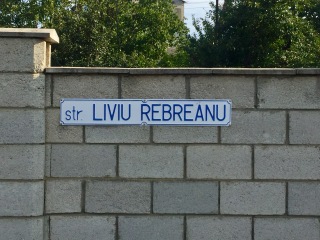 To be sure, New York also has the George Washington Bridge, Lincoln Tunnel and FDR Drive, and many cities in America have streets named for Martin Luther King or other people. My personal favorite is Champa Street in Denver. But we also have plentiful streets with simple names like “Main Street” or “Market Street.”

Well, simple if you’re an American, I suppose. For a Moldovan visitor, “Lexington Avenue” or “Rock Creek Parkway” may sound as foreign as “Strada Mihail Kogălniceanu” does to me.

I’m sure Mihail was a great guy. I can’t help but think, though, it would have been easier if they’d handled him like our own famous Mike in Durham and just called him Coach K.