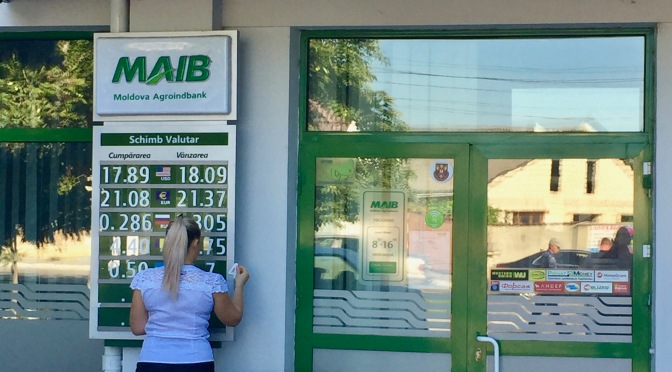 These three photos show what’s happened to the U.S. dollar during the past several months. 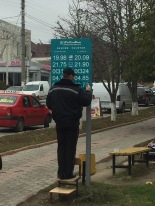 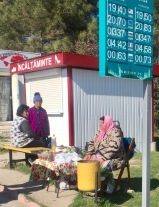 I shot all of the photos here in Ialoveni, Moldova: the left one on October 26, the middle one on April 3 and the right one this past Wednesday, August 2. As you can see, a dollar sold here for 19.98 Moldovan lei on October 26, before briefly climbing above 20. Now it sells for only 17.89 lei, a decline of more than 10 percent.

That’s consistent with what’s been happening to the dollar around the world, as the New York Times reported on Tuesday, juxtaposing the dollar’s decline with a rise in the U.S. stock market.

How does this affect Peace Corps volunteers in Moldova? Actually, not much. We are paid in Moldovan lei, buy things in lei and have little reason to track exchange rates. Champa and I have lived comfortably within our Peace Corps budget, so have never sold U.S. dollars for lei except when we first arrived and exchanged a small amount. We rarely use our credit cards since Moldova is largely a cash economy. We also don’t buy much online, transactions generally calculated in dollars anyway. 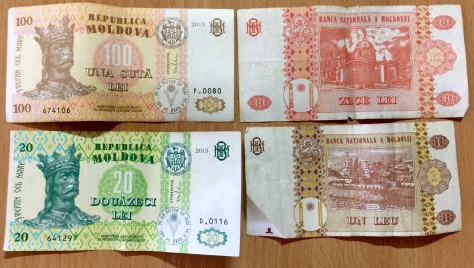 Many Moldovans work abroad and send money home, so exchange rates matter to them.

However, they generally pay more attention to the Euro than the dollar; indeed, prices for some goods and services here are quoted in Euros rather than lei, as we learned when we considered renting an apartment. The Euro has not fluctuated as much as the dollar recently. 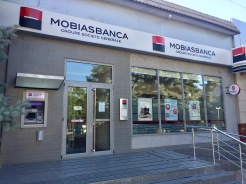 Banks and money exchange centers here also focus on the Romanian leu, the Russian ruble and the Ukrainian hryvnia — not so different from Americans paying attention to neighboring currencies such as the Mexican peso or the Canadian dollar.

Peace Corps Moldova calculates its budget annually, so it’s not affected immediately by currency shifts except in a few ways. For example, a small percentage of volunteer paychecks is designated for personal travel and pegged to exchange rates. The overall impact is so small, though, that many volunteers probably didn’t notice the recent dip. 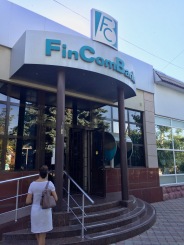 (That included me until I started writing this post.)

Moldova faces serious economic challenges but currency fluctuations here have been far less dramatic than in some Peace Corps countries. The agency’s financial planners elsewhere sometimes have to scramble in response to big swings, as do the State Department and other parts of the U.S. government, along with  international companies, travelers and others.

A few months before we arrived here in June 2016, the dollar was even lower than it is now, so the rise above 20 may have been outside the usual range. I’m told it was a response to Brexit, the U.S. presidential election, Federal Reserve policy and other things I cannot claim to fully understand, much less explain here.

Nor do I really care. For me, a person who enjoys math and numbers, it’s just been something to notice occasionally as I walk to work.

One doesn’t become a Peace Corps volunteer to get rich. For all of us serving in more than 60 countries around the world, our mission is to serve our local communities and promote friendship between Americans and other people. Ultimately, that’s the currency that matters, not the ones shown on the ever-changing bank signs.

One thought on “Dollars, Euros and Lei”