Peace Corps has three goals but devotes most of its attention to one of them, even though volunteers generally end up saying their biggest impact came from the other two, which focus on communications and enhancing international friendship.

As someone who thinks a lot about communications and cares about the Peace Corps deeply, first serving as a volunteer four decades ago and now again, I’ve tried to understand the logic of this. I still don’t get it. Americans and people in other countries need more than ever to understand each other. I think the Peace Corps, which just celebrated its 57th birthday, could be more impactful by fully embracing its communications role and bringing its portfolio into alignment with its mandate.

I have spent my career as a writer, editor and communications strategist. I know many people view our field as “getting the word out” or, less charitably, as cheap publicity. 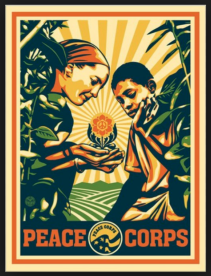 At its best, though, communications has the deeper purpose of advancing organizational goals. I worked in the philanthropy world for many years and saw that even as some foundations focused on their slick annual reports and websites, others embraced communication as a strategic tool. The Robert Wood Johnson Foundation, for example, spent a lot of money on advertising and other communications activities to fight Big Tobacco and raise public awareness about the dangers of smoking.

It played an important role in turning the tide on that issue. Other foundations helped change attitudes towards the LGBTQ community and on other issues.

When we turn to the attitudes American have about people in developing countries, Peace Corps is uniquely situated to provide facts, stories and perspective. Indeed, that is its mission.

President John F. Kennedy established three goals for Peace Corps, which still guide the organization. Goal One is to build the local capacity of people in interested countries and help meet their need for trained men and women. Goal Two is to promote a better understanding of Americans among people in other countries. Goal Three is to increase America’s awareness and knowledge of other cultures and global issues. 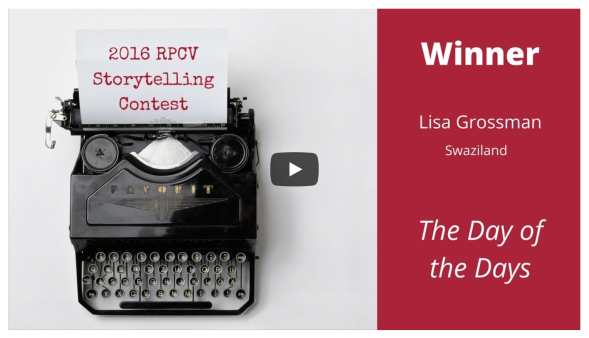 A national survey of more than 11,000 Returned Peace Corps Volunteers (RPCVs) several years ago found that most felt their biggest long-term impact was with the second two goals — changing how Americans and others view each other.

Yet even though two-thirds of our goals deal with communications, and more than a half-century of experience suggests this is where we can be most successful, Peace Corps focuses on Goal One. Obviously, this is our primary job and deserves most of our time and resources, but the other two goals need attention, too.

During my own training, our “community and organizational development” (COD) group spent countless hours learning about community needs assessment, community mapping, community surveys, etc. Champa’s English education group studied teaching techniques and the like. Our overall group met together many times but never had a serious discussion about how we could pursue Goal Two and Goal Three more effectively. Just this past Friday, my volunteer group was invited to participate in a detailed review of COD. Goals Two and Three were never addressed until I asked about them at the end.

This past summer, Peace Corps Moldova added a training session for incoming volunteers on using blogs and social media tools, training that paid off with increased volunteer activity in these areas. But it was one session and was not followed up with more training or programmatic activity.

A management rule is that the amount of time people and organizations spend on a topic reflects its importance to them. The small amount of time Peace Corps devotes to communications as a strategic activity speaks for itself. 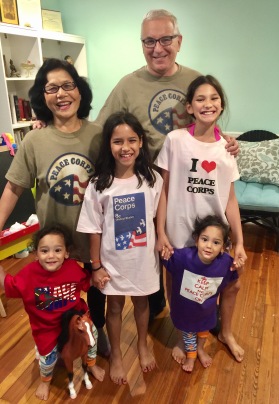 I am not picking on Peace Corps Moldova, which has expanded its communications activities and supported innovations by its chief communications staffer, who I’ve been assisting. Some volunteers here have organized wonderful classes and cross-cultural events, such as during the recent “Peace Corps Week” or to celebrate American holidays.

Rather, I think this is a challenge for Peace Corps generally. The agency has taken some positive steps in recent years to promote PCV communications, such as a video contest that just completed its annual competition (see the winner here) and previous blogging campaigns. It has beefed up its online and social media activities and provided communications training for local staff around the world.  It created a “Third Goal” office, which maintains a media library and assists outreach activities such as the talks Champa and I gave when we visited home last summer. Many returned volunteers also share their experiences and perspective through RPCV groups and in other ways.

Yet all of this remains at the margins of what I’ve seen Peace Corps emphasizing while I’ve been a volunteer. To be sure, most volunteers advance Goal Two through their daily activities, showing by example the best of American values. But so much more could be accomplished if Peace Corps simultaneously made communications a real priority in its recruiting, training, program development and assessment. What other great things would volunteers be doing now if Peace Corps had challenged them to promote cross-cultural understanding with the same passion it promotes education for girls or community health care?

I don’t expect every volunteer to participate or be as active as I am with this blog, but I do think many more of them around the world would get involved if Peace Corps made clear this is a central part of our mission, not a “would be nice” if they have extra time.

I’ve spent the large majority of my own time in Moldova on Goal One and am proud of what my partners and I have accomplished together. Many of my fellow PCVs here do amazing things at their job sites and in their communities, as do PCVs in more than 60 other countries. We are all trying to make a difference. But we’re also charged with teaching our host communities about America and our families and friends back home about distant places they may regard as mysterious or dangerous.

The Peace Corps changed my life for the better. I think it’s an amazing organization — one that can become even greater by finding a better balance among its three goals while remaining nonpolitical and committed to its development agenda.