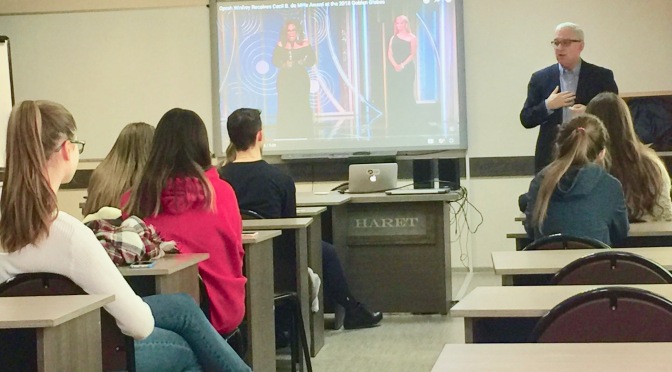 On Saturday, I used Oprah Winfrey’s magnificent recent speech at the Golden Globes to teach a group of Moldovan high school students about the power of stories. 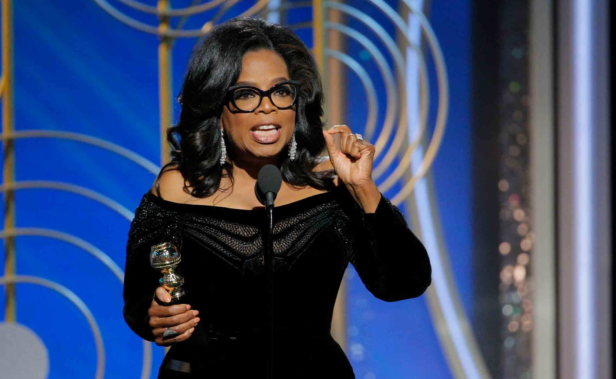 I was leading a workshop to prepare them for pitches they’ll be giving next weekend at the annual Diamond Challenge competition for young entrepreneurs, which several of us have been supporting as Peace Corps Volunteers. Most of the students knew about Oprah (who doesn’t?), so they were interested when I showed how she began her remarks on the #MeToo movement:

“In 1964, I was a little girl sitting on the linoleum floor of my mother’s house in Milwaukee watching Anne Bancroft present the Oscar for best actor at the 36th Academy Awards. She opened the envelope and said five words that literally made history: ‘The winner is Sidney Poitier.’ Up to the stage came the most elegant man I had ever seen. I remember his tie was white, and of course his skin was black, and I had never seen a black man being celebrated like that. I tried many, many times to explain what a moment like that means to a little girl, a kid watching from the cheap seats as my mom came through the door bone tired from cleaning other people’s houses.” 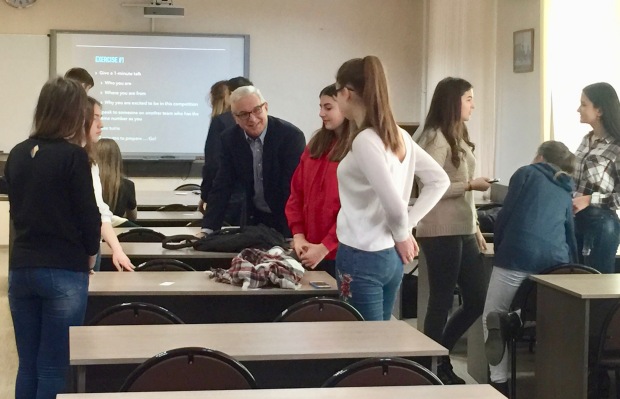 Oprah used that story to establish a personal connection with her audience, emotionally as well as intellectually. She then continued to tell stories, notably about Recy Taylor, a young black mother who was raped in Alabama by “brutally powerful men. For too long, women have not been heard or believed if they dare speak the truth to the power of those men. But their time is up. Their time is up.”

Like millions of people watching back home, I found Oprah’s words deeply moving. As a former speechwriter, I also admired how she celebrated the power of our own voices. In her case, she praised “all the women who have felt strong enough and empowered enough to speak up and share their personal stories.” 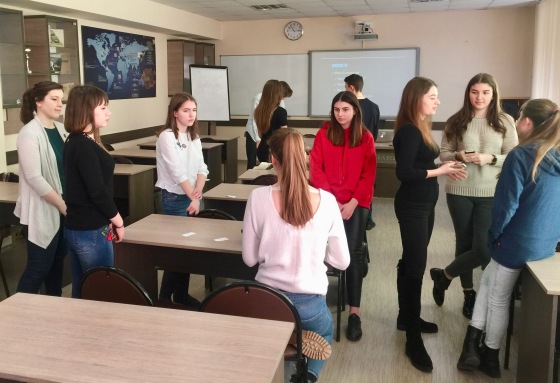 As I told the students on Saturday, effective speeches often open with personal examples. I showed them videos of previous Moldovan teams that won Diamond Challenge competitions. All of them began with members describing how they faced a problem themselves, leading them to develop a product or service to overcome it. 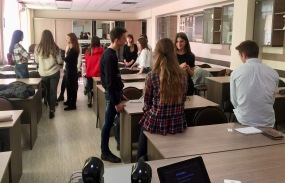 I also discussed speech-making generally and the particular format of entrepreneurial pitches. I divided the students into groups to practice their presentations, as you can see in the photos here.

My main point was that humans make judgments with both their heads and their hearts. You usually can’t convince them only with statistics and rational arguments, although those are important, too. You need to make them care. 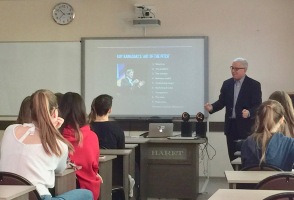 When I was running a university communications office before joining the Peace Corps, I used to tell scientists and professors the same thing, as in this 2014 article in Inside Higher Ed. I urged them to “come down from Mt. Olympus and share their stories.” Instead of trying to dazzle us with their intellects, I said, they should share their own experiences: “If you are a physician-scientist who is concerned about national health policy, this means telling us what happened yesterday to Mrs. Jones, the woman who said she can’t afford the medication you prescribed.”

I believe this passionately. For better or worse, humans make sense of the world through stories. It’s why I tell stories on this blog. 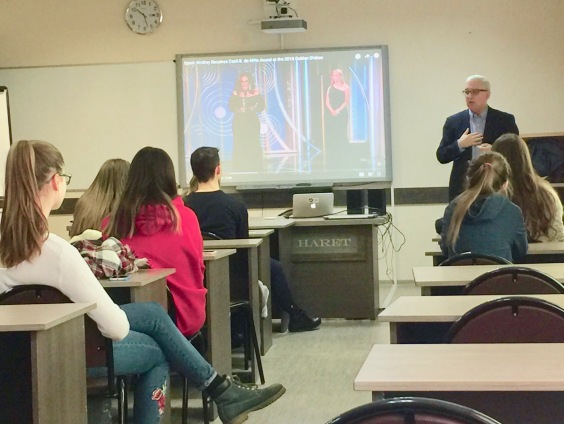 Here’s another rhetorical technique I love: Closing a blog post or speech by circling back to the opening sentence. In fact, I’ll do that now by turning again to Oprah, who closed her Golden Globes speech by saying, “I want all the girls watching here, now, to know that a new day is on the horizon!” See, she did it, too.

Few of us will ever speak as brilliantly as Oprah Winfrey. However, we all can learn from her, whether it’s for an international entrepreneurship competition, a business conference or a local meeting. If you want to convince your audience, make them care. Tell them a story.

5 thoughts on “The Power of Stories”