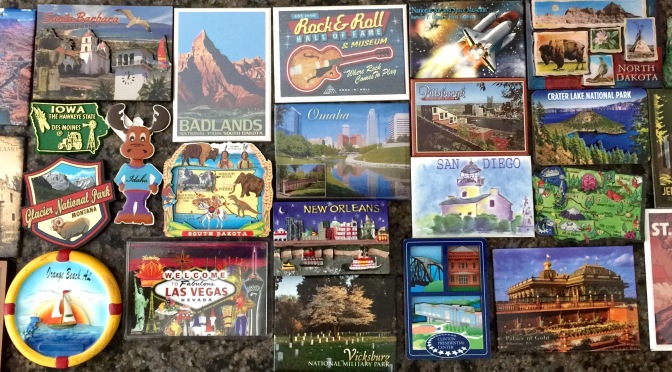 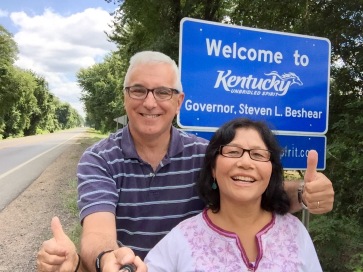 We have now placed our feet on all of the 48 continental states. Kentucky was number 48 and, as you can see in the photo, we were very happy to reach it.

When we first started planning our great adventure, we realized we had already visited 33 states, which left only 15, not including Hawaii and Alaska. We decided to try to complete the list, tweaking our itinerary accordingly.

We’re so glad we did. North Dakota, for instance, provided one of our most memorable drives, along a rural highway where the views stretched forever. We probably wouldn’t have visited Arkansas, either, and thereby would have missed seeing the Clinton Library and Central High School in Little Rock, and the amazing Crystal Bridges art museum in Bentonville — a truly world-class museum that recently opened its doors in the Ozarks. We wouldn’t have stumbled across the catfish museum in Mississippi or a great barbecue joint in Orange Beach, Alabama. We wouldn’t have strolled around downtown Omaha.

It proved far more challenging than we expected to reach #48. When we left the wonderfully named Cabool, Missouri, this morning, we expected to drive easily through western Kentucky to Tennessee. 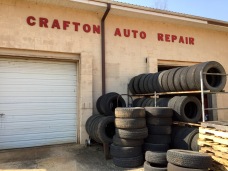 About an hour after we left, however, the “low tire pressure” light flashed on my dashboard, and I barely made it to the next exit. Fortunately, Champa spotted an auto repair shop there, which fixed the tire for $12 in just a few minutes.

An hour later, we turned off the highway onto a small road that leads to a bridge that crosses the Mississippi River into Kentucky. Twelve miles later, just as we approached the banks of the river, we saw signs blocking the road for bridge repairs. We had to drive all the way back and find a service station, where a manager suggested an alternate route. This new plan took us out of our way but pointed us in the right direction — via Kentucky, as required. After a flat tire and a major detour, we found it easy to smile for the photo. 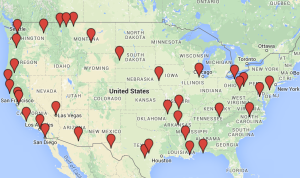 The map shows where we’ve gone. If you’re tracking our path, just start at Durham and go counter-clockwise to Alabama, where we doubled back to Arkansas, made short visits to Oklahoma and Kansas, then headed east through Missouri, Kentucky and Tennessee towards home.

We now have one more state to go — the same wonderful state where we started. As much as we have treasured this amazing adventure — and we have, every second — there’s a certain 3-year-old who has a T-Ball game on Saturday morning. We hope to be there to watch him. 377 miles to go.